Kitsch Mandi happened at Pebble, Palace Grounds on Sunday. Cars started rolling in from 1:00 p.m. By the time we left at 3:30 p.m., the crowds started pouring in undeterred by the overcast and the showers that followed; the party had just begun.  There was food, crafts, quirky prints, funky accessories, chunky bracelets, kitschy clutches, and loads of artsy staff spread over the 50 odd stalls under one big banyan tree. 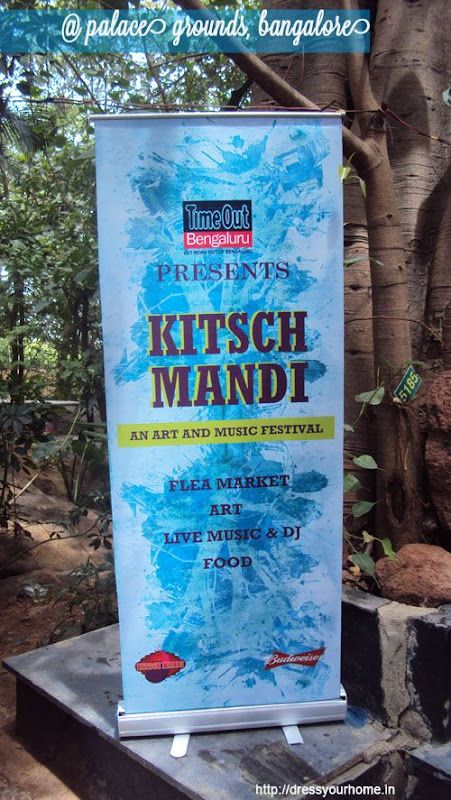 We’ve been to Dastkar, Kala Madhyam before. But, what was different about Kitsch Mandi is I got to see creations that one usually doesn’t get to see in the standard  handicraft exhibitions. Most of the products stood out; it’s not a imitation of something. There was something individualistic – be it the clutches from Pink Jalebi, or the accessories from 22.c – a form of creative self expression. And, a crowd that appreciated it and was clearly having a good time with food and beer in hand and good music to groove to. Of course, on a honest note, if you ask me, most of it on display was pricey and clearly the target audience were not the masses.

My son at the potter’s wheel at the Culture Trails stall. 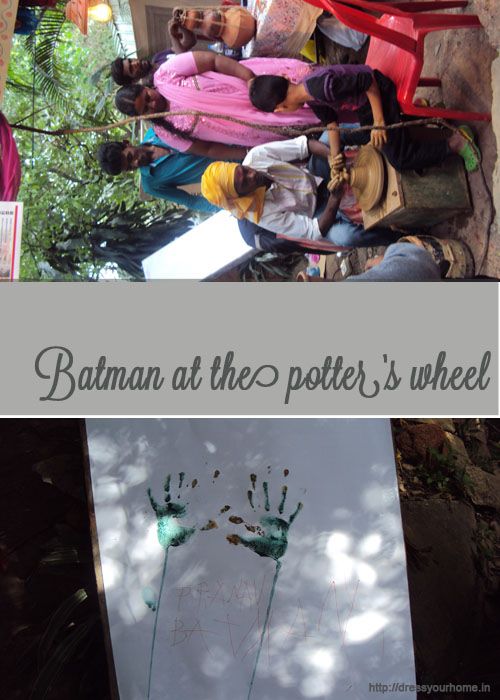 Kids get restless after a while in such places. So I thought it was cool to have mattresses spread on the floor with board games. There was Snakes & Ladders, carrom, jenga, ludo and a dozen other traditional games. So, ‘batman’ moved over from the potter’s wheel to carrom board while I ogled. It’s time for the pictures to take over and tell you the rest of the story. 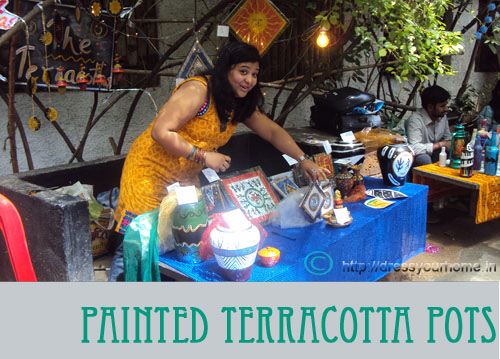 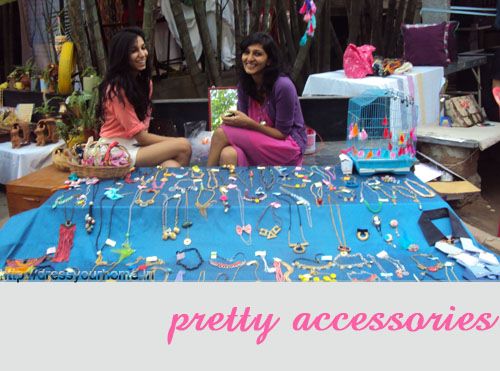 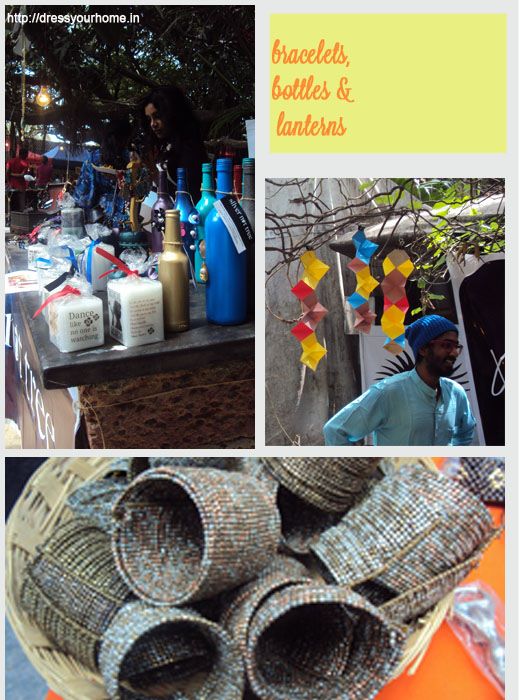 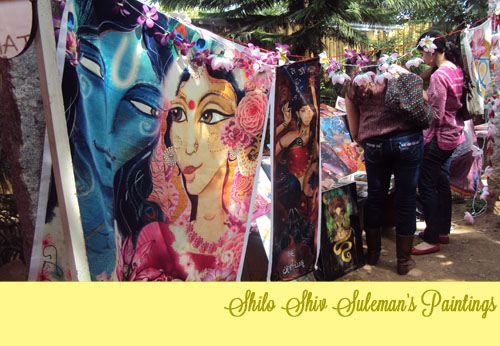 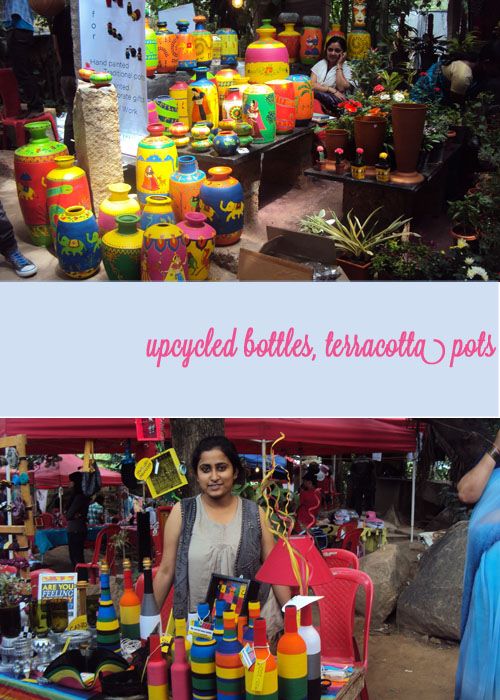 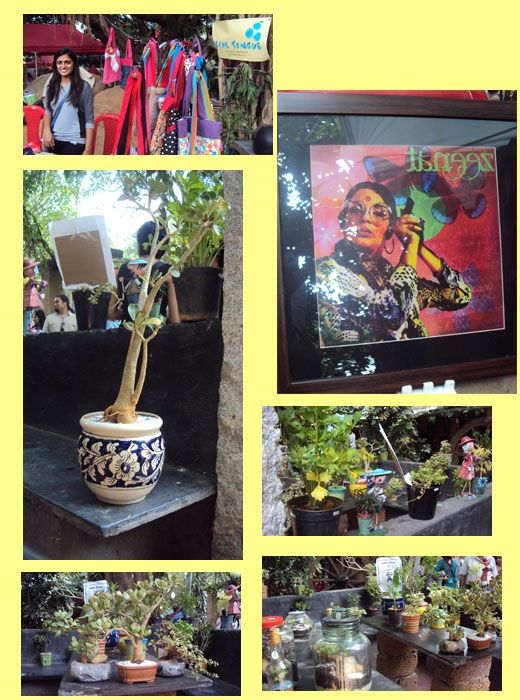 Through the week, I will feature some select stores that I loved. Have a great week.

Images: Taken by me at Kitsch Mandi