It was past 6 p.m. on Saturday evening. After a long day, while we were returning home, my husband casually said, “oh, I forgot to tell you, Dastkar is happening at Ezone this year.” I was like, “what, serious?” And then, it came back in a flash. A friend had texted me that morning about a craft mela happening at a venue which is literally a stone’s throw away from home. It was enough to get me a on a high for the weekend and the tiredness of the day vanished in thin air.

Datskar, nature bazaar, happens every year around this time of the year at Palace Grounds. Dastkar and Kala Madhyam are the two events I look forward to every year but I’d somehow missed the announcement this year. Here’s a brief take on Dastkar 2012 after two visits and still eager for more. 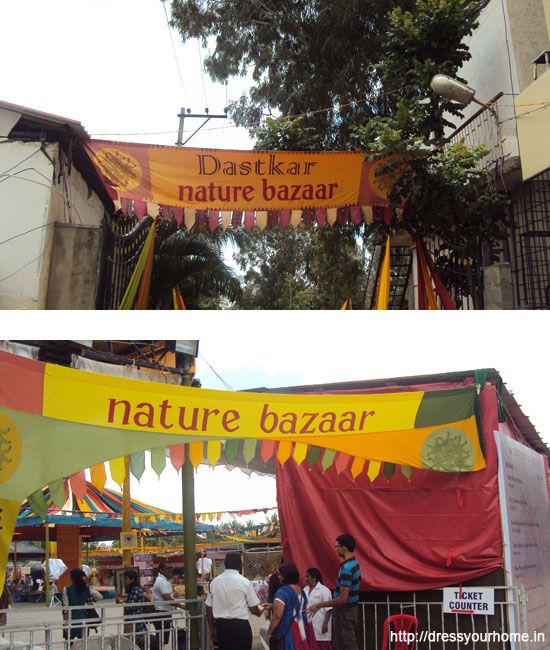 The sights, the colors, the excitement of the kids to try the potter’s wheel, ladies undecided over fancy beaded jewelery, colorful birdies, kites, and a bit of every state served on a huge platter called Dastkar.

The path leading to the venue is decked up in ribbons of all colors and patterns. Nothing matches the vibrancy of a art and craft exhibition. Dastkar is the mother of all such exhibitions so the excitement doubles up.  Phew! Honestly, it’s overwhelming. But, for art aficionados like me, this is as good as it gets.

Yea..most men don’t come there by choice, but by force accompanying the ladies..sorry guys. But, could see the desperation on many of your faces to get out and the huge sigh of relief as you walked past the exit. I overheard one gentleman saying at the entrance even before entering, “ah dekh liya..ab bas yahin se chalen.” It can get exhausting and you need at least an hour to get a feel of it. 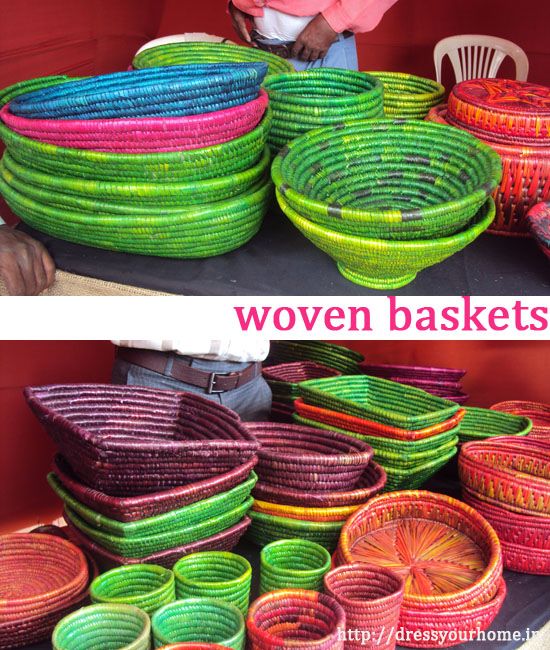 Many stalls from last year were missing this time. I spoke to quite a few artisans and felt sad for them as the venue perhaps played spoil sport. They were not getting as good a footfall as Palace Grounds does. 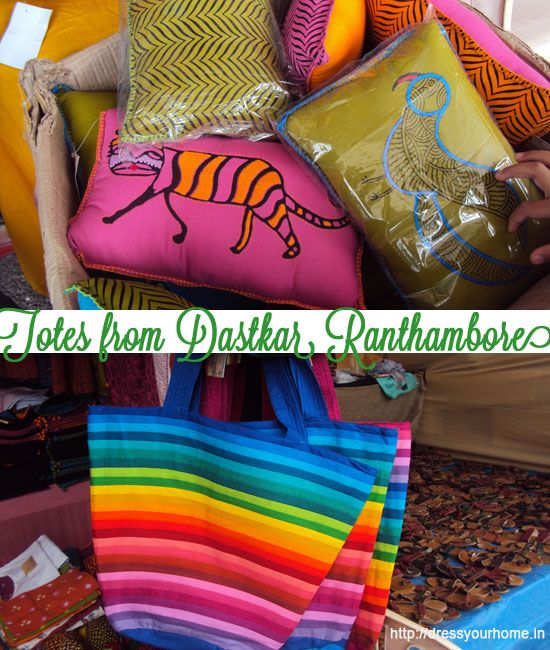 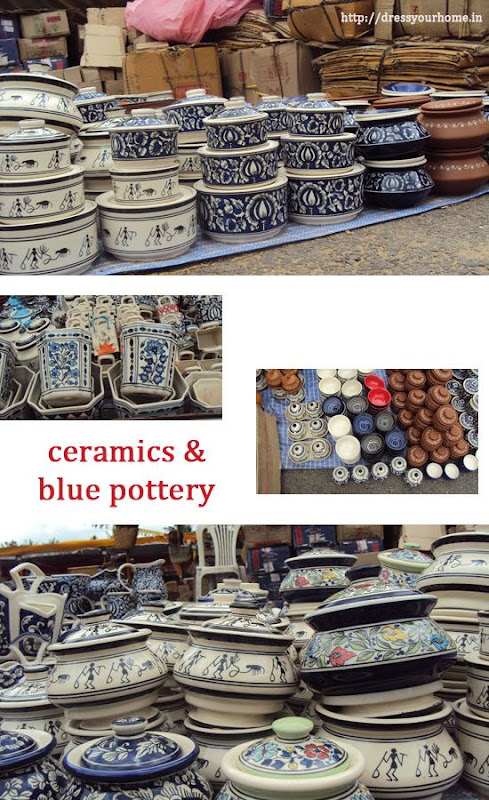 What you can buy:

My knowledge of handlooms is limited, so I’m not going to comment on that. 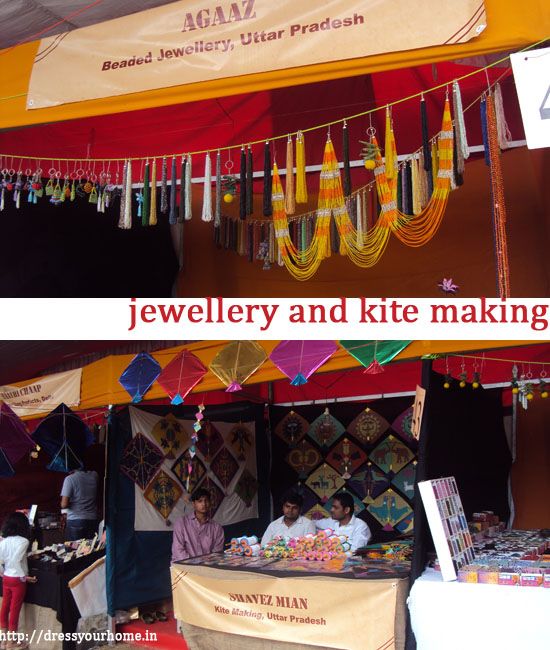 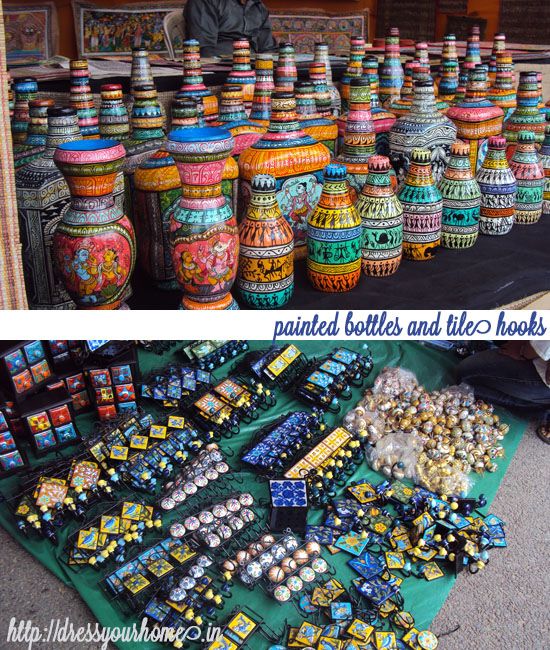 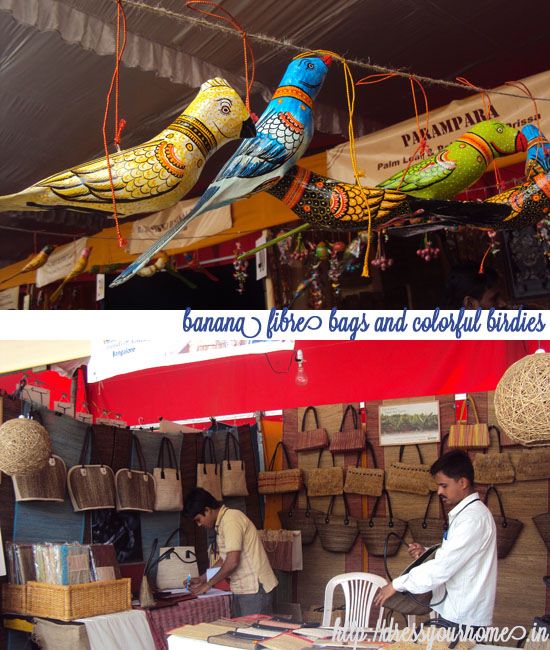 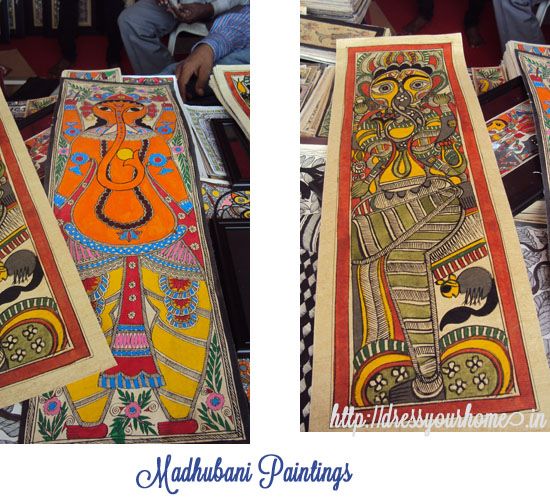 What you should be aware of:

I’m a believer of do not bargain if you think it is reasonable when it comes to artisans..you can see so much effort having gone into creating something so wonderful. So, I didn’t. Bought a blue turtle for Rs.80 on Saturday evening. Wanted one more, so picked up and realized he was quoting Rs.70 that morning. What he didn’t realize was how easy it is to lose trust of a customer when it didn’t take any effort to build one.  To be fair to the others, there were many stalls that had the prices displayed and no ambiguity.

As die hard fans of Kung Fu Panda, we are a firm believer of  Oogway’s “You must believe” theory. Last year, a tortoise made of coir found its way home and has been with us ever since..in moments of self doubt and frustration, I look at the tortoise to get some “inner peace”. And, it works! So went to get one more tortoise to gift someone who needed it.

So, that was my experience of Dastkar 2012 at Bangalore. If you’ve been to the event, I would love to hear your stories.

Graffiti on the streets of Bangalore 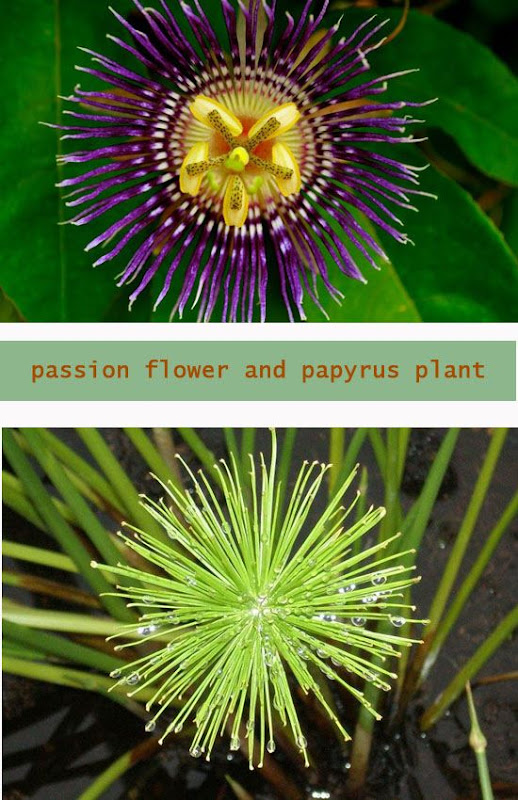 A Chic, No-Frill Show Home in Bangalore That Lets the Layout Shine Through

An Expert Reveals How to Buy Handmade Rugs / Dhurries Online