Tucked away in a muddy bylane was a colorful tent. It was a cloudy day today in B’lore which later gave away to unpleasant sunshine;  at the colorful grounds were hundreds of artisans gathered from around the country.  Neatly lined up in three rows, their awesome creations were on display. It being a working day, the crowd was thin but for a regular, enthusiastic bunch who knew what they were buying. It was also quiet unlike the weekends when there are multiple performances, dozens of kids running around, and the husbands patiently accompanying their zealous wives.

Nevertheless, it was a riot of colors. And, that’s more than enough. Happy me :)

Dastkar has come to town after two years; there was no nature bazaar last year. More stalls; more variety; a few old ones were missing but had paved way to new ones. This nature bazaar features everything from patch work quilts from Rajasthan to straw mats from Manipur, Kawandi quilts from Karnataka to pathachitra from Orissa, and silk from Bengal and Tussar silk from Chhatisgarh to embroidery and scented candles from Tamil Nadu. You get it – its fabrics and ceramics to jewelry and paper work  across the breadth of the country – all under one roof. But, only till the August 17th, 2014.

Over to pictures now… 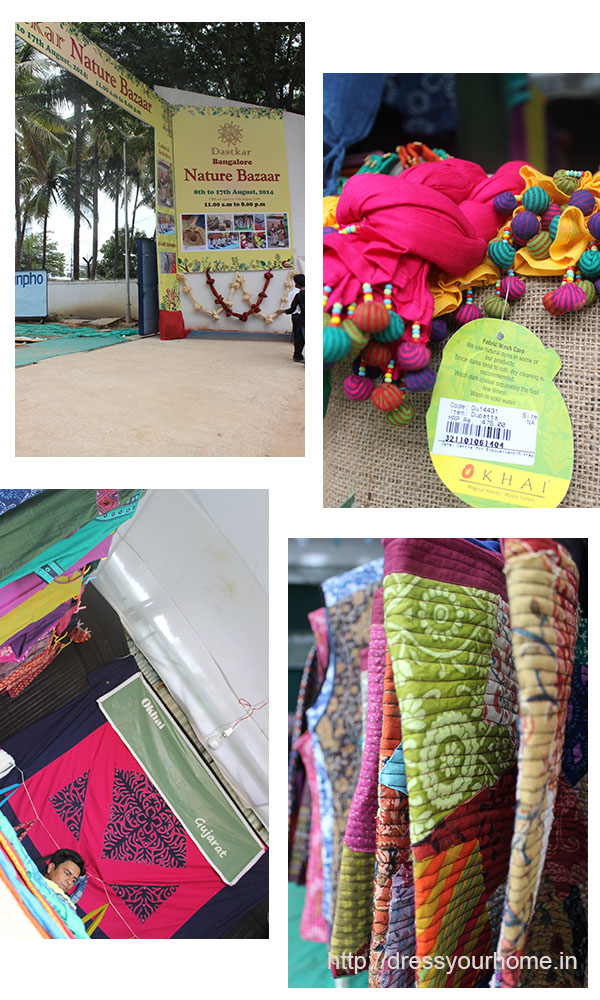 Jewelry and glass repurposed as a lamp holder 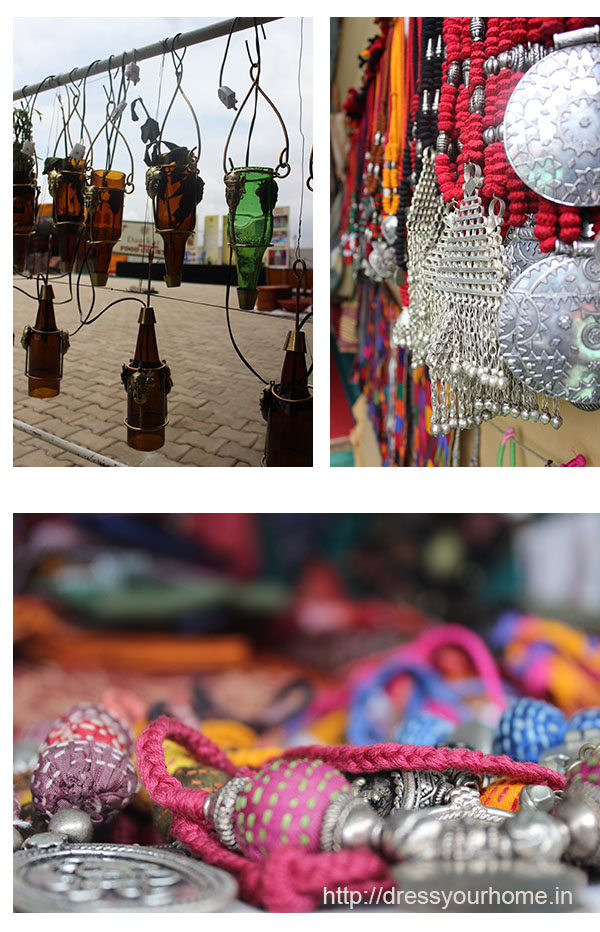 An assortment of jewelry.. 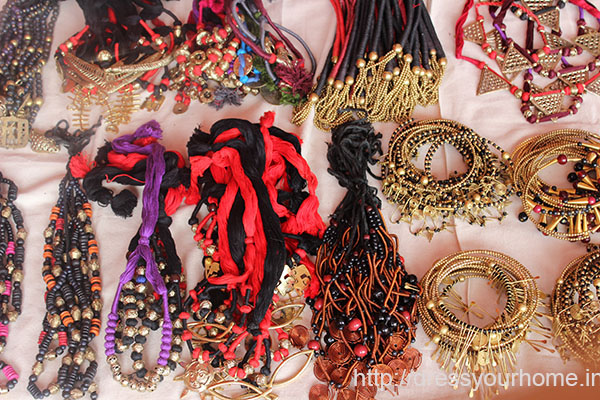 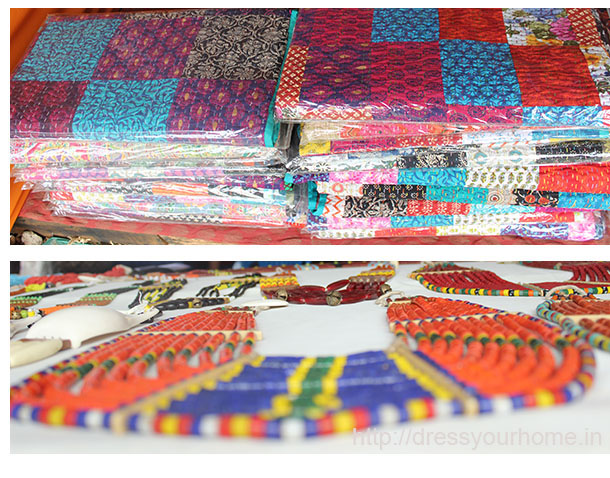 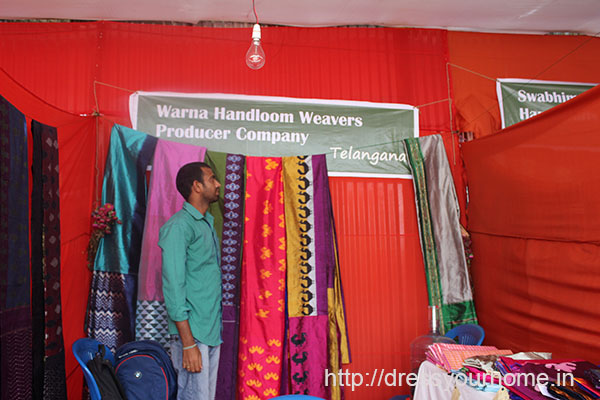 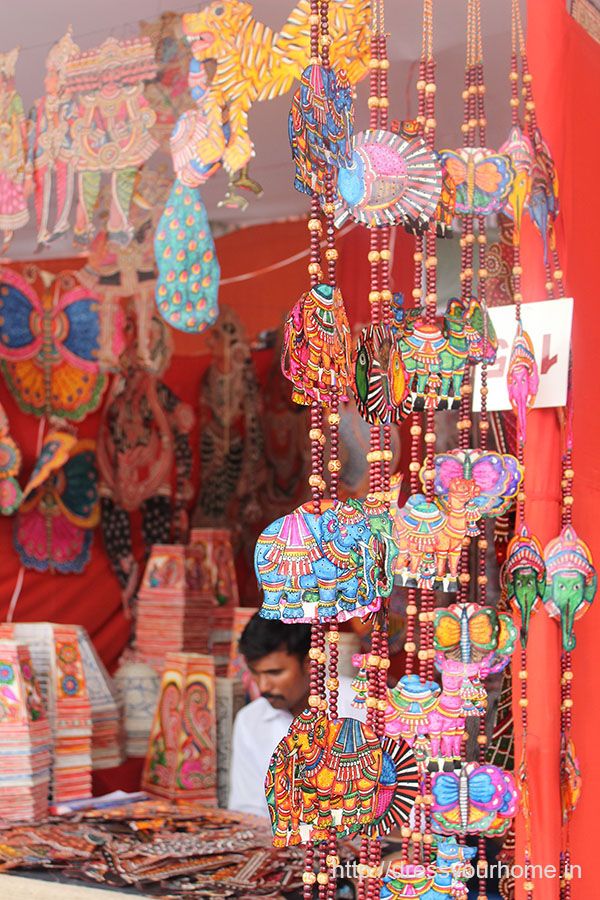 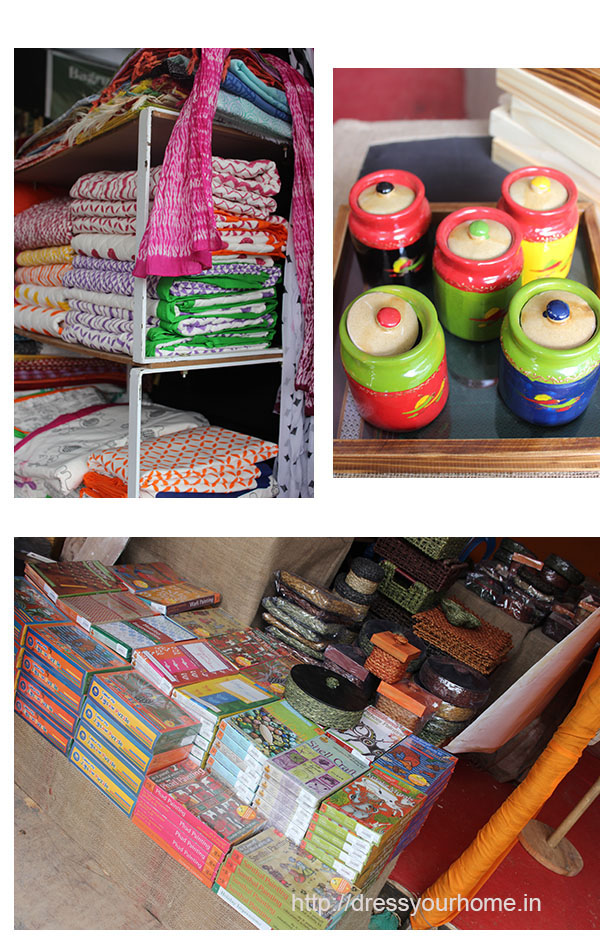 Baskets of all sizes, colors and materials from different parts of the country (U.P., Karnataka, Manipur..) 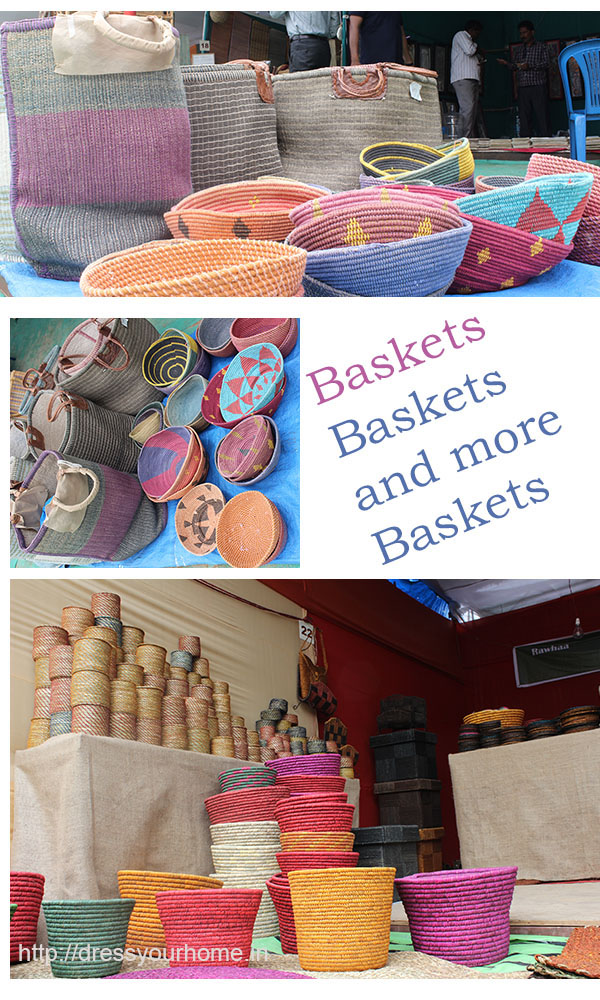 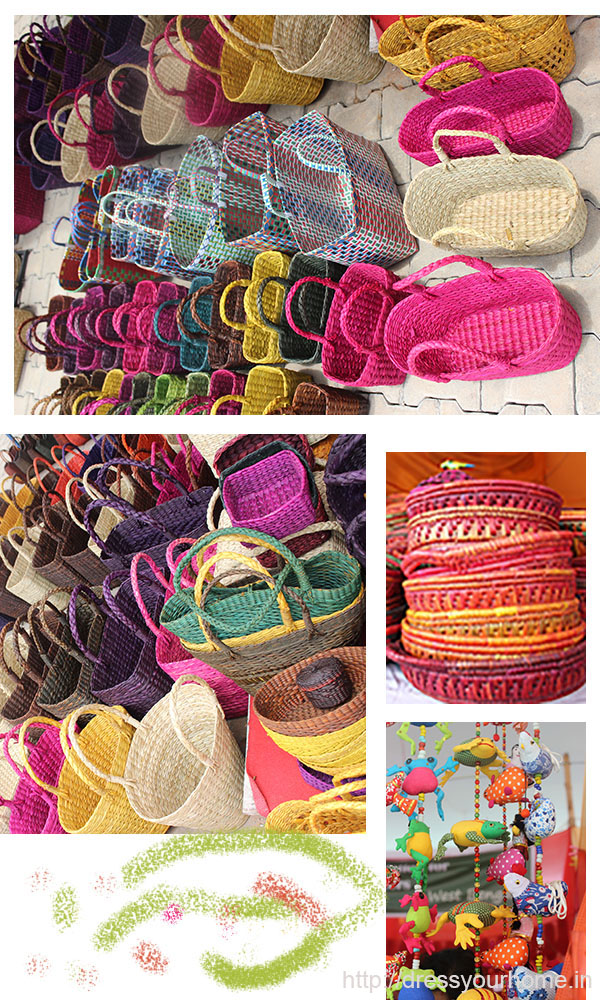 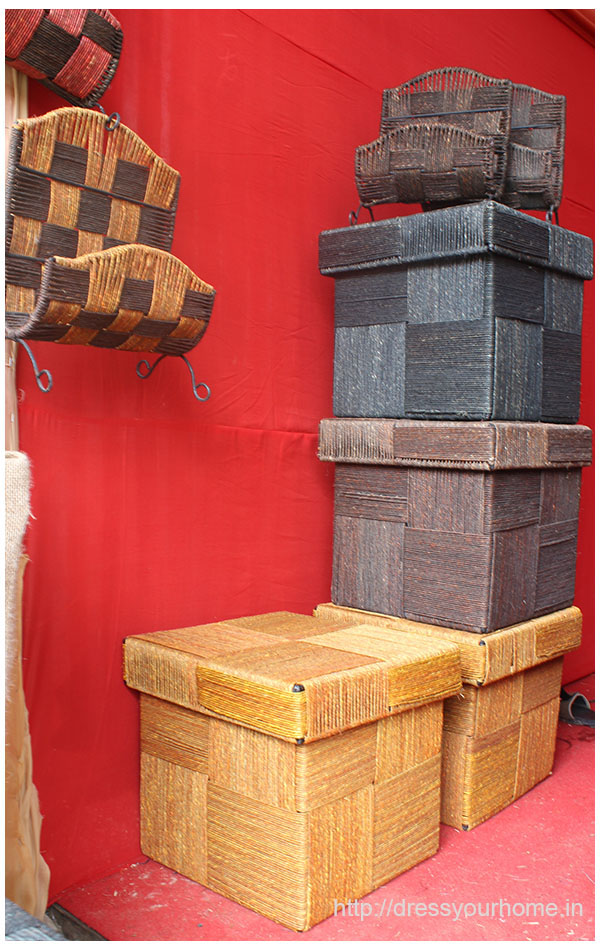 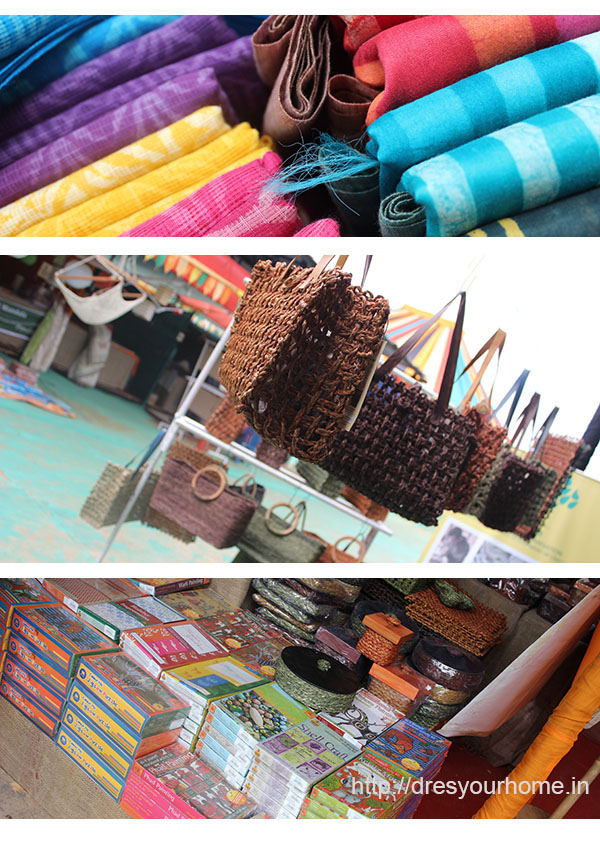 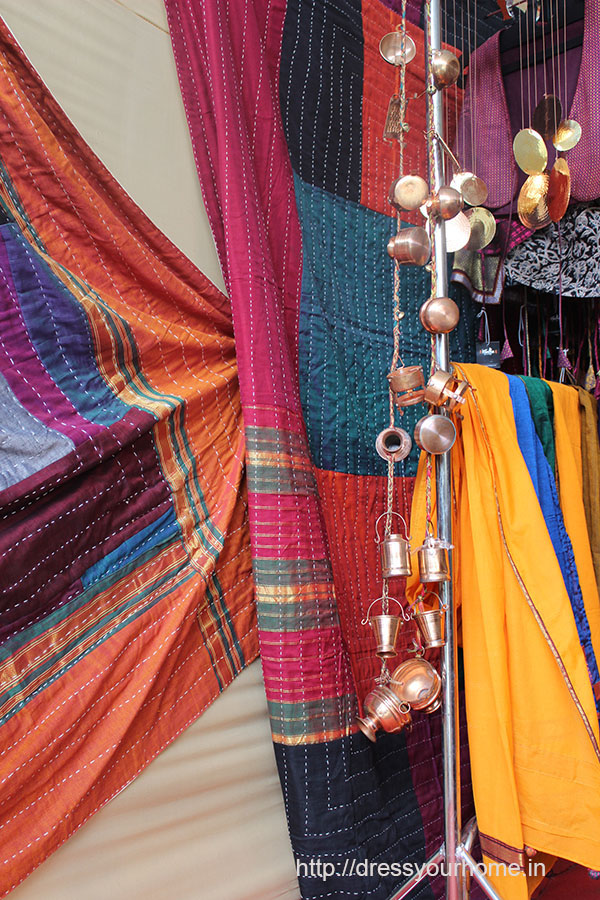 I felt the shopping bags were relatively light this time around as the prices were steep (if not for all the stalls, at least for quote a few).

Are you going? If you’ve already been there, what was your experience? For me, one trip is never enough. I make at least two trips; today was just a photo session which itself lasted more than 2 hours.

Image source: all taken by me

A shopping guide to Dastkar 2015