To put the importance of a secure house into perspective, let me take you back to one night in August 2002. Recently married, my husband and I we had just moved into a new house in a slightly secluded neighborhood.

Before you let your thoughts run amok, I must clarify that the concrete jungle that has transformed Bangalore’s lush greenscape and skyline was nowhere in sight then.

Which meant most of us lived as tenants in individual houses. It was a newly built house with my husband and I on the first floor and a second family on the ground floor. The first floor part we rented was previously rented by our friends; it was close to work, and more importantly, fit the bill. So, I reluctantly agreed to move to this part of town. Little did I know then that the husband would travel. Often. Like ten months a year. So, when my husband traveled, I dreaded being alone at home. Especially at nights.

This was an era when video cameras for security was unheard of. It was 7:10 p.m. one evening when the landline rang. Simultaneously, the power went off. With no inverter, the house plunged into darkness. It was raining. I picked up the phone. No one answered. This went on for about five times.

Frustrated and scared, I refused picking up again. I wondered if it was the husband not able to reach me because of a bad connection. We seldom used the cellphone. The same chain of events followed the next evening. I knocked on my neighbour’s door (that of the elderly couple on the first floor); Uncle came home and picked the call. Turned out there was someone on the other end who knew I was alone and after Uncle gave him a good dressing down, he never called back.

Speaking of neighbours and intruders, here is an eye-catching campaign from Godrej that busts some oft-believed myths: my neighbors will keep watch while we are away.

The Sharmas entrusted their neighbors with their house with before going on vacation. 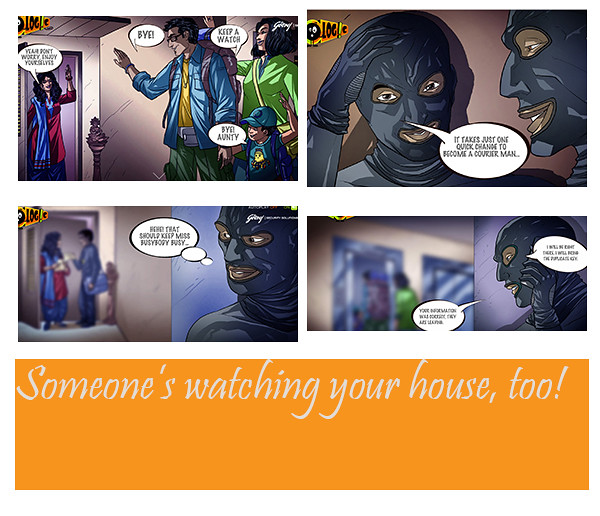 Did the thieves break in, or did their alert neighbors thwart their attempts? Discover what happened here.

Back to my story. Later that same night, I heard some rustling on the balcony. Did I tell you there were large vacant plots on three sides that ran the length and breadth of this house? And no, the house was not secured by an iron grill. Too scared to open the front door and wake my neighbors after 1 a.m., I decided to sneak and crawl to the bottom of the bed without making any noise; I was guided by a faint yellow light at the skirting level.

Do we even have those these days?

If there was one other thing that scared me as intensely as a thief, it was cockroaches, and I had spotted one that evening. But, at that point, I wasn’t sure if I was more scared of the cockroach or the imaginary robber on the balcony. Hours passed and at the break of dawn, turned out there was no one.

The same thing happened the following night when I was sure there was someone lurking outside, which had me summoning my neighbors. They weren’t certain that there was no one, so Aunty stayed with me that night. Unlike the Sharmas, I was lucky to have wonderful neighbors!

The next morning, I narrated how I crawled under the bed to the amusement of my colleagues. When my friends wanted to know what was I so scared of, I sheepishly muttered, “the thief would have been disappointed to find there were no valuables at home, and that he went to great lengths for a paltry Rs.2,000 in my wallet.”  Thank God my husband returned within two days of that fateful night!

Boy, little did I realize it would be the subject of how to build a secure house at every housewarming ceremony for years to come. The memories of that night refuse to fade away even after a decade. We moved out soon after to live in an apartment and the nights have been peaceful ever since.

As we are all set to move to an individual villa a few months from now, with more windows than I can count with my fingers, I am taking solace in the fact that the house is secured with a video door phone and home alarm system. Now I follow home security with a passion that almost rivals my love of design.

Now I know that there are many innovative ways for people to conceal their valuables such as a safe under the floor beneath the bed, or inside the wardrobe. But, thieves are a step ahead and always seem to know what to find where.

The moral of the story is that there is always someone watching, and it’s time to let technology do its
job.  If you are planning on renovation or doing up the interiors of your home, plan for a safe inside
the wardrobes. Since I’m just starting on the interiors for our home, I’ve decided on the model for
safe, and have given the dimensions to my carpenter so that it can be concealed.

Share your stories of how you have secured your homes. 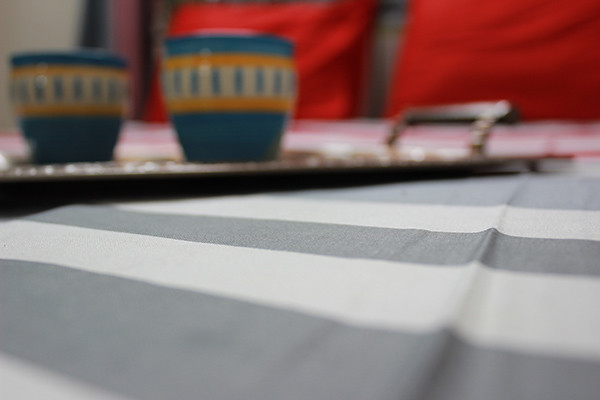 Bed Linen from House This!