This post outlines an easy DIY project you can do with your kids: how to outline, sketch, and paint a cartoon in canvas.

One of the easiest ways to spruce up your kid’s room is to decorate it around their favorite cartoon characters. My three-year-old is very fond of the Disney character, Winne the Pooh and his buddies Tigger, Christopher Robin, Rabbit, Eeyore, Lumpy, Kanga, Roo and Piglet.

But he is at such a age where his liking for the fantasy characters is short-lived.

A while ago, he doted on Noddy, and around the second birthday, he was quite crazy about Barbie (if only, for a brief while like two hours during which he felt she wasn’t quite her kind of fun),  and now, it’s Winnie and Spiderman.

Winnie has being going steady for nearly a year going by the Pooh accessories we have at home now – wall stickers, piles of books, soft toy, a deck of fun cards, and a towel. Anyways, while I wanted to do up a wall of his room around Winnie, I didn’t want to put up a permanent theme on the walls by painting which would make it difficult to change.

So, I got started on a acrylic on canvas portrait of Winnie The Pooh.  It took me about three hours to finish the project from start to finish, including shopping for materials.

What you’ll need to paint a cartoon:

Total Cost of the Project:

Steps – How to paint

Here’s the finished piece in its original setting. It fits somewhere  in the middle of those wall stickers I put up sometime ago. 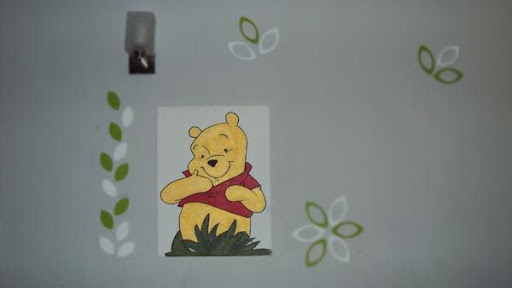 I intend to fill in the gaps with images of Pooh’s buddies and a wooden mural of Hundred Acre Wood at the top.  The last thing would be to give a fresh coat of paint for this dull wall. 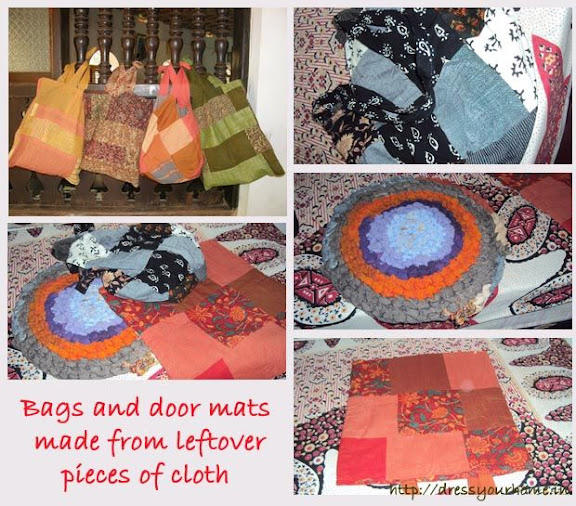