Siddharth Sreekumar lives with his wife, brother and parents at his parents’ flat in Malleshwaram, Bangalore. We visited his parents one Saturday in January. I did not plan on shooting the interiors but after seeing the elegantly done flat I couldn’t resist asking.

You may wonder why I call it a haveli if it’s only a 3-BHK flat. Well, because that’s the feeling I got and I’m sure you’ll agree as you scroll down. They live in perhaps the most busiest part of Bangalore where it becomes impossible to step out of the apartment building in the weekends. But the house more than makes up for lack of outside entertainment. The pleasant interiors exudes a sense of warmth and the perfect atmosphere for the family to spend their weekends together after a hectic week.

It’s not a exaggeration when I tell you it took aunty over an hour to show me through the 3-bedroom flat and still it was far from over. Every piece of artifact and furniture has either been hand-picked or has been passed down generations. It was like a story unfolding in front of me with a tale behind every vase and chest in the house. For instance, can you believe the vase in the picture below is a artillery shell? Siddharth’s father used to serve in the defence forces before retiring. Hats off to aunty for carefully preserving memories and putting them to good use decades later in settings where one would least expect.

There is no room for modern in this house. The place oozes antiquity from every corner. 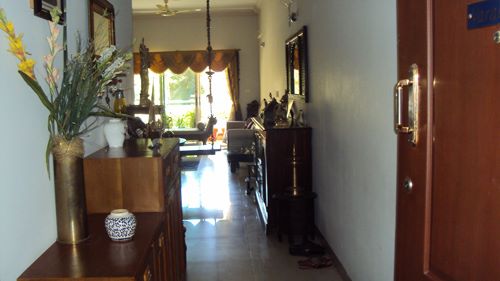 The view from the main door of the foyer and the drawing room. The aroma of fresh Rajnigandha was mesmerising.  The drawing room has a royal yet homely and cosy feeling. 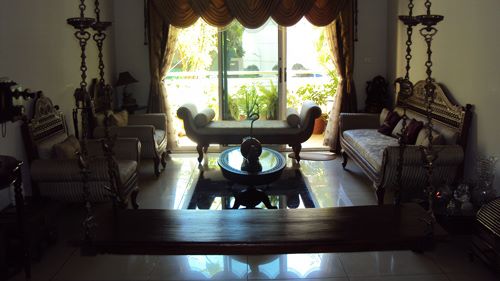 The wooden oonjal is supported by intricately designed brass chains on four ends. It is flanked by equally majestic antique furniture set from Nosttaligia.Facing the oonjal by the side of the french window is a silk upholstered diwan. 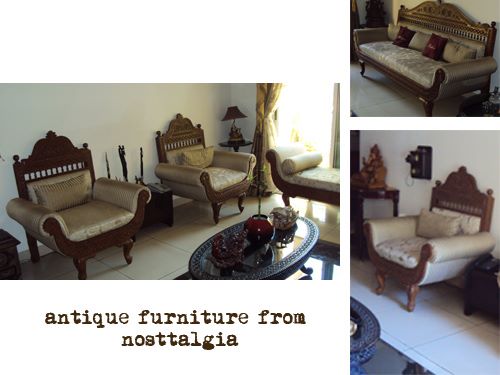 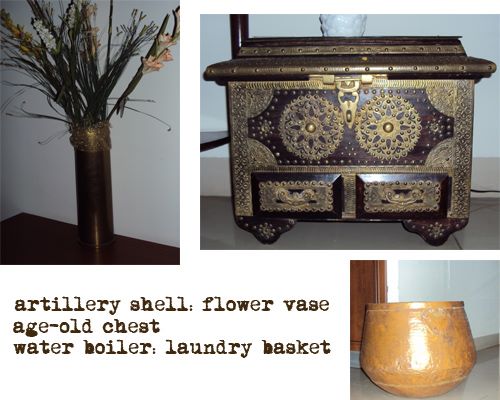 Isn’t it so much better to be used than be stashed away in the lofts and forgotten forever? This laundry basket definitely looks stylish than the store-bought plastic or jute baskets. So on your next trip to your granny’s if it’s not being used, you know what to ask for :) 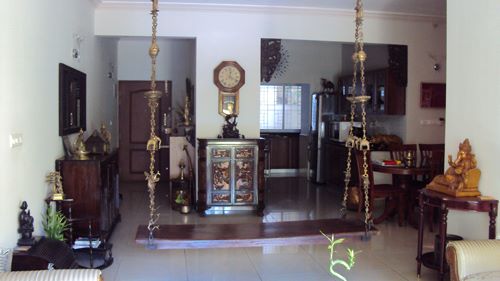 A view of the drawing room and kitchen from the balcony. 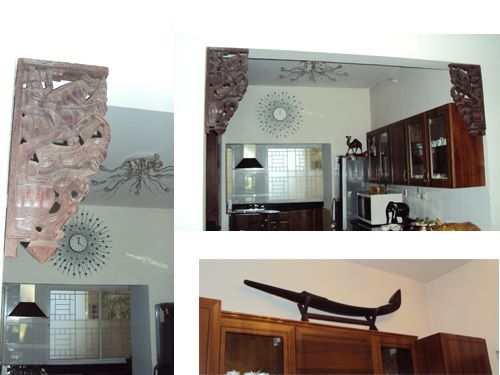 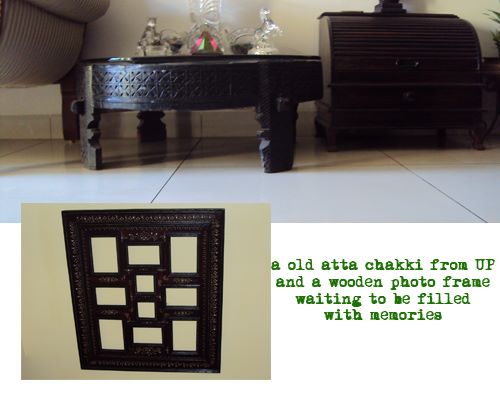 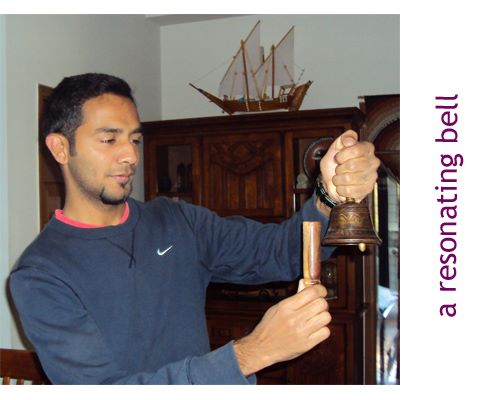 Siddharth’s brother giving me a demo of the resonating bell. 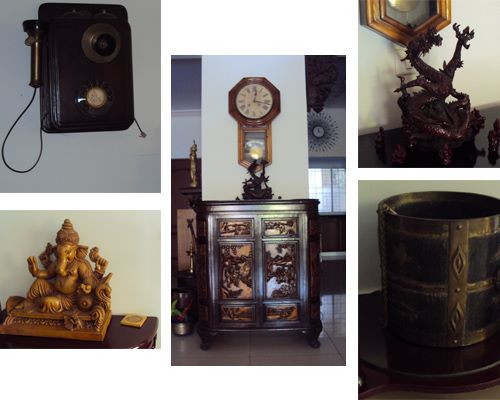 Now this is what makes the Sreekumars’ house a home. Every decade-old piece blends in perfectly and has an interesting story behind it. Be it the old-fashioned candlestick and mouthpiece telephone, grandfather clock, the Chinese dragon, lucky God Ganesha or the antique chest. The cylindrical drum was a quite useful thing in the kitchen in olden times? Any guesses as to what it is? Well, it’s called a padi and was commonly use dto measure rice. The smaller version of this in stainless steel is still used today.

I hope you enjoyed the house tour as much as I did. Have a great weekend.

Ideas to Style your Living Room

Where to Buy Upholstery Fabric in Bangalore & Online?

How to cover up that old wallpaper without taking it down